The top-spec Isuzu D-Max has received some cosmetic tweaks, including a more colourful cabin. An Australian launch has yet to be confirmed.

8 months ago
Previous News
Modified engine (and motor) sounds
8 months ago
Don't pay too much, find out what others have paid 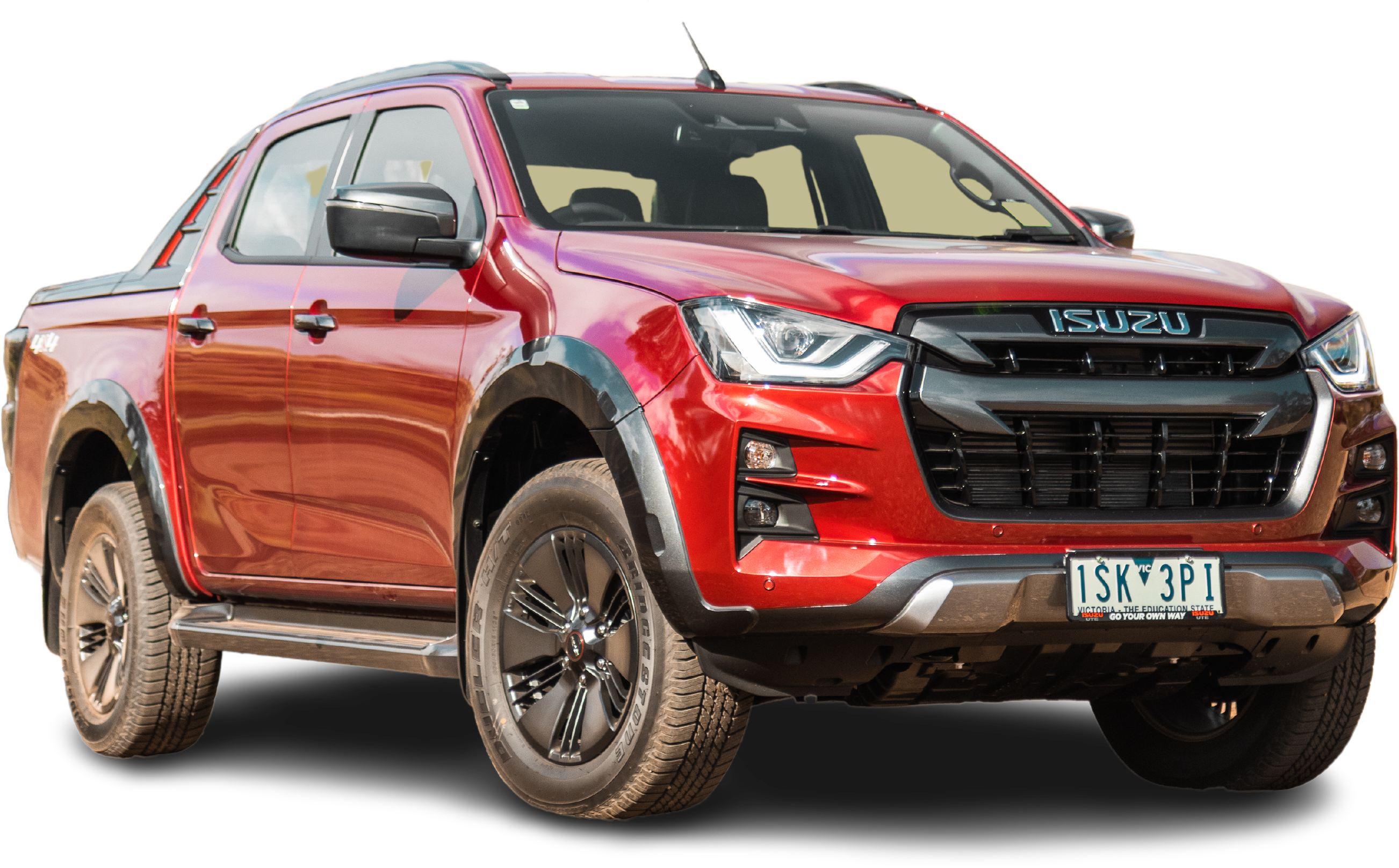 The flagship Isuzu D-Max is getting some interior and exterior tweaks in its home market, but it remains to be seen if they’ll come here.

An updated version of the top-spec V-Cross has been revealed in Thailand, V-Cross being the name under which the X-Terrain is sold in other markets.

An Isuzu Ute Australia spokesperson couldn’t confirm if the updated D-Max V-Cross will be released in Australia, or if these updates will be introduced to the top-spec X-Terrain available locally.

The changes are purely cosmetic. There’s a two-tone finish to the grille, consisting of black grey and black chrome trim, as well as two-tone front bumper trim.

The side mirrors, roof rails, door handles, side steps and other exterior trim elements are finished in black.

Instead of the current X-Terrain’s 18-inch alloy wheels, which are essentially the LS-U’s but with a black finish, the V-Cross gets matte black alloy wheels with a different design. There’s also a new grey paint finish.

Inside, the two-tone look continues with a colour palette consisting of Brown Cafe and Satin Silver.

The brown is used for highlights in the cabin, including on the dash, steering wheel, and on the seat bolsters.

The current X-Terrain has an almost entirely black interior, with only some metal-look highlights on the dash to provide contrast.

Brown is used more sparingly in the V-Cross than in the D-Max’s twin, the Mazda BT-50, in which up-spec models feature brown leather upholstery.

Despite stock shortages, the D-Max is now comfortably Australia’s third best-selling ute, helped by both strong demand since its 2020 redesign plus stock shortages for the perennial third-place Mitsubishi Triton.

The company has previously announced details for the 2022 range, which gains a new entry-level 1.9-litre turbo-diesel four plus a new trim level, the LS-U+.

Isuzu has already passed its previous all-time sales record only three-quarters the way through the calendar year.

According to the latest VFACTS industry sales report, the company counted 28,437 D-Max utes and MU-X SUVs as sold to the end of September 2021. To put that figure into context, that’s more sales than its previous full-year record of 27,640 units achieved in 2018.