The German plant that produces the Ford Focus is expected to close in 2025, casting doubt on the small car's future.

1 week ago
Previous News
McLaren Artura GT4 revealed
1 week ago
Don't pay too much, find out what others have paid 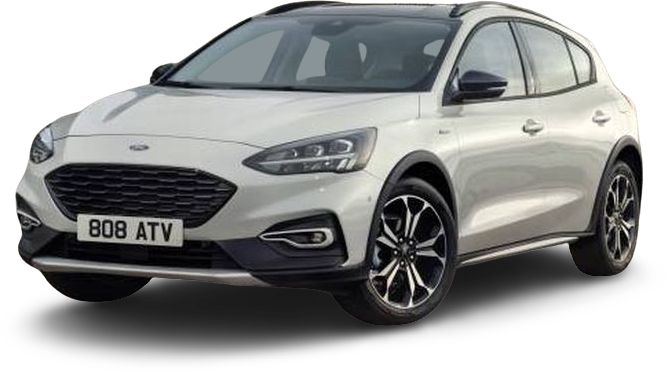 The European factory that makes the Ford Focus will likely close in 2025, and it’s unclear if the once best-selling model range will be replaced.

Overnight Ford announced its factory in Valencia, Spain, had won an internal bidding war against its Saarlouis, Germany, plant for the right to “assemble vehicles based on a next-generation electric vehicle architecture”.

As such Saarlouis will continue to make the Focus until 2025, after which it will likely be closed or sold off with the automaker stating it is “evaluating options for future site concepts”.

Stuart Rowley, chairman of Ford of Europe, told Automotive News and other outlets it is considering “alternative opportunities for vehicle production at Saarlouis, including other manufacturers”.

The company says its European passenger car range will be fully electric by 2030. By 2024 Ford’s European range will have four EV passenger cars: a Puma EV, the already-released Mustang Mach-E, and Cologne-made mid-sized and sports crossovers based on the Volkswagen MEB architecture.

Ford has yet to announce which EVs or vehicle types it will produce in the Valencia factory, which currently makes the Kuga/Escape, Transit Connect, Galaxy and S-Max.

It’s entirely possible the company could produce a C-segment EV at Valencia. The company may even decide to apply the Focus name to such a car, given the nameplate’s fun-to-drive reputation and name recognition.

Alternatively Ford of Europe could choose to focus — sorry — on crossovers and commercial vehicles. The Blue Oval has already made such a transition in the US, where the Mustang is the only vehicle available that’s not a pickup truck, SUV, van or crossover.

Even if the Focus name is abandoned in Europe, it will likely live on elsewhere with the current generation car also produced in China and Taiwan.

Ford’s Chinese arm has recent form in developing new models to carry on the legacy of models discontinued in other markets. In the past few years, Ford of China has developed new generations of the Mondeo, Taurus, and Escort for sale there and in select export markets.

The Focus was launched in Europe in 1998, and effectively replaced the Escort, which by the 1990s featured bland styling, cost-cutting only accountants would be proud of, and somnambulant dynamics.

With its radical New Edge styling, and handling fine-tuned by the late Richard Parry-Jones, the Focus struck a chord with both buyers and the fourth estate.

Although the small passenger car segment has been shrinking in recent years as buyers flock to crossovers, it still accounts for a significant portion of sales both here and in Europe.

Until recent years, the Focus was regularly one of Ford of Europe’s best selling vehicles, but the model’s star has waned with the Puma and Kuga overtaking it in 2021. The sales decline has forced Ford to reduce Focus production and let go of factory workers.

Locally the Focus replaced the Mazda 323-based Laser in 2002, but sales lagged far behind the then dominant Falcon and more recently the Ranger.

Ford Australia has been progressively paring down the local Focus range since the launch of the current, fourth-generation model.

Most recently it lost its ST-Line and Active hatchback models, leaving just the ST and ST-X hot hatches that are currently off-sale as chip shortages delay the launch of the facelifted model.