Mitsubishi's new ASX will be revealed in a few months' time with a distinctly European focus, meaning its Australian future remains unclear.

3 weeks ago
Previous News
Cupra UrbanRebel entry-level EV set for 2025 launch
3 weeks ago
Don't pay too much, find out what others have paid 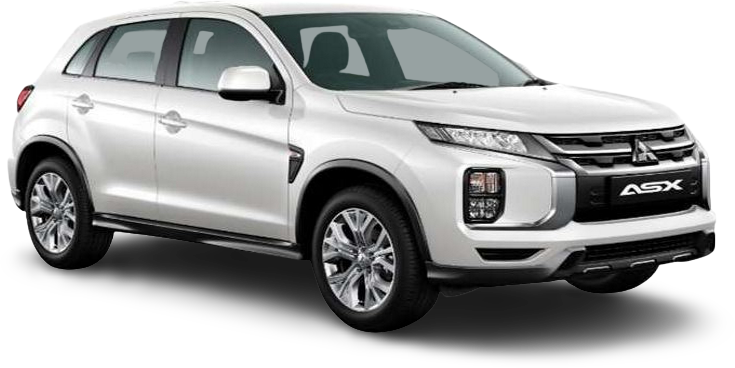 Mitsubishi will reveal a long-awaited new ASX this September with a range of turbocharged, hybrid and plug-in hybrid engines – and a ‘CMF’ platform shared with alliance partners Nissan and Renault.

It’s expected to be a very similar vehicle to the Renault Captur – a big-seller in Europe – as indicated by the provided teaser pics.

However, Mitsubishi has yet to announce this new ASX for Australia, where the current-generation model is expected to carry on for the foreseeable future.

“At this stage, the ASX announced in Europe remains a European-market only proposition,” said a spokesperson for Mitsubishi Australia.

“It is an important segment for Mitsubishi in Australia and we remain focused on the current-generation ASX.

“We are also assessing how best to serve the segment in the longer term and will announce further information on this in due course.”

If Mitsubishi Australia is unable to offer the European ASX beyond the current version’s life cycle, it could double-down and focus more on the similarly-sized Eclipse Cross as its main small SUV option.

Should the new ASX remain a Europe exclusive, it’ll be in the same boat as the upcoming Renault Clio-based Colt due in 2023 – or, perhaps more correctly, it won’t be loaded onto a boat at all.

Along with a new teaser of the crossover’s rear end, Mitsubishi has released details on the ASX’s five powertrains. The new SUV’s engine line-up mirrors that of the European-market Captur.

A 1.3-litre turbocharged four-cylinder engine is available with either 103kW of power and a six-speed manual, or 116kW with a seven-speed dual-clutch automatic.

A 1.6-litre hybrid powertrain uses two electric motors and a 1.3kWh battery, with a total system output of 107kW.

In the Captur, the 1.6-litre plug-in hybrid has claimed electric range of 50km on the WLTP cycle.

In contrast, the current ASX is offered with a choice of naturally-aspirated 2.0-litre and 2.4-litre four-cylinder engines, the former with 110kW and 197Nm and the latter with 123kW and 222Nm.

Continuously-variable transmissions are available with both engines, though the smaller engine is also offered with a five-speed manual.

The Renault-based Mitsubishis will have “differentiations that reflect the Mitsubishi brand’s DNA” according to the company, however it’s unclear just how differentiated they’ll be.

The new ASX will be a key product for the company in Europe, where the current model was recently discontinued.

Mitsubishi had initially announced it planned to withdraw from Europe in 2020, only to reverse this decision in 2021 and announce the Renault-based Colt and ASX.

The question yet to be answered is what the ASX’s future in Australia looks like.

The current Japanese-built model is sold not only here, but also in its home market as the RVR and in the Americas as the Outlander Sport.

The current ASX debuted in 2010, but is built on the same platform as the now-defunct Lancer that was revealed in 2007. It’s been treated to numerous facelifts since then, but is at its core a 15 year-old car.

Sales in Australia have remained strong throughout the car’s life, despite its age. In 2021, it was Australia’s second-best selling in the small SUV class behind the MG ZS range and ahead of the Mazda CX-30.