Now in its second generation, the Captur shares its CMF-B bones with the Nissan Juke light SUV.

Powering the entire Captur range is a 1.3-litre turbocharged four-cylinder petrol engine that produces 113kW of power and 270Nm of torque. This is mated to a seven-speed dual-clutch transmission.

The 2021 Renault Captur is MUCH better than the old one. Thank goodness. Because the old one really wasn't much chop. Renault has increased the value proposition, thrown a bunch of new technology at the Captur and really made it a competitive vehicle in the segment. Paul Maric gets behind the wheel to see what it's like.

What is the price of a Renault Captur? 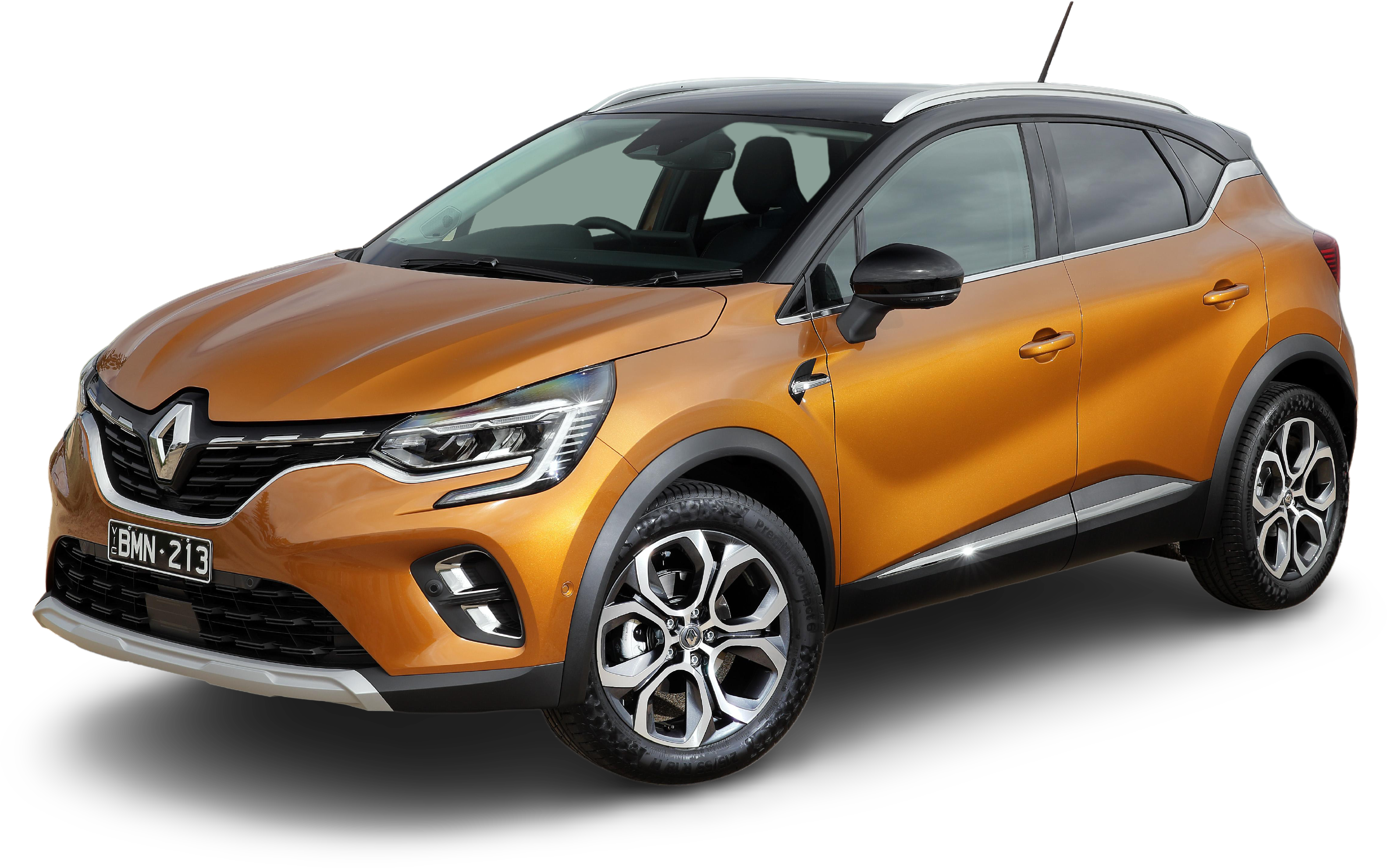 Our expert's reviews of the Renault Captur Anthony Crawford
8.1
It might be crowded segment with plenty of cars in the mix, but the stylish French crossover is well worth consideration.
11 Jun 22 Scott Collie
8.1
The 2021 Renault Captur is a smart-looking SUV that makes up for most of its predecessor's missteps.
30 Mar 21

All the latest Captur news Renault Australia has doubled sales in 2022, defying the market trend

Mike Costello
Under new management, Renault Australia has recorded its best sales numbers in a few years. And there are important products incoming.
24 May 22 Renault: The latest changes due to semiconductor shortages

Jack Quick
The Renault Captur and Arkana SUVs have both lost their electric folding mirrors due to semiconductor shortages.
14 May 22 James Wong
The Captur line-up in Australia is being bolstered for MY22 by a sporty new R.S. Line flagship, while Zen and Intens models now get adaptive cruise control.
29 Mar 22 Scott Collie
Renault's small Captur SUV is about to arrive in Australia, with a three-model range and strong list of standard inclusions.
25 Feb 21 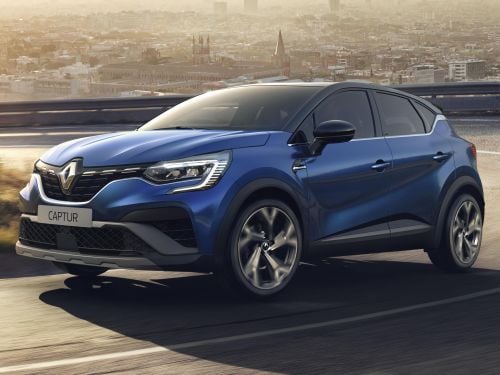 Derek Fung
A full petrol-electric hybrid drivetrain, shared with the Clio and Arkana, has been added to the second-generation Renault Captur range in Europe.
21 Oct 20 Scott Collie
Renault is keen to Captur more compact SUV buyers with its all-new, erm, Captur. It'll be here early in 2021 with three trim levels and a 1.3-litre engine.
29 Jul 20

Which variant of the Renault Captur range is best for you?

Moving to the Captur Zen gets you:

Opting for the Captur Intens brings:

Photos and Images of the Renault Captur Interior

This is one of the nicest compact SUV cabins money can buy.

For starters, it’s a handsome little thing from behind the wheel. The design is clean and modern, with unique touches such as the wing-style centre console and iPad-style touchscreen helping elevate it above the crowd.

The materials all feel excellent, too. The leather on the seats is soft, and the steering wheel feels like a quality item. Even the dashboard and doors are trimmed in soft-touch materials, and pack ambient lighting with a range of colour options.

It’s not perfect. That wing-style storage space feels a bit wobbly when you bump it with your knee, and the transmission selector looks sharp but feels a bit toy-like.

Overall though, it makes a Ford Puma look and feel a bit mundane.

The fundamentals are good, too. The driving position verges on too high for tall drivers, but there’s more than enough leg- and headroom up front.

Most the major controls are where you’d expect them to be – cruise control is finally on the wheel, not the transmission tunnel – although the audio control pod behind the steering wheel takes some getting used to.

This is still a Renault, so there’s still some uniqueness there. We like the pod, others don’t. Try before you buy.

Photos and Images of the Renault Captur Exterior

On the Captur Life there's 17-inch alloy wheels as standard with a single-tone exterior colour as standard. There are also LED headlights and tail lights as standard.

Stepping up to the Captur Zen gets you the same 17-inch alloy wheels as the entry-level Life but a black-painted roof as standard.

The flagship Captur R.S. gains sporty-looking additions inside and out, including a Formula 1-inspired front bumper, but no extra power.

What colours are available for the Renault Captur?

The Renault Captur is available in the following exterior paint colours:

Every colour except for Diamond Black is available as a two-tone paint with a black roof.

What is the running, servicing and ownership costs of buying a Renault Captur?

The Captur is backed by a five-year, unlimited-kilometre warranty and up to five years of 24/7 roadside assistance.

Servicing is required every 12 months or 30,000km, whichever comes first, and the first five are capped-price.

The first five years of servicing will cost you a total of $2385.

A compact SUV with a small displacement engine and a dual-clutch transmission doesn’t sound like a recipe for driving fun, but the Captur is seriously well sorted.

For starters, Renault has ignored the lower-powered engine fitted to the Juke and instead has brought only the more powerful option to Australia.

Sure, 113kW and 270Nm aren’t quite hot hatch numbers, but they’re more than enough to make this little Captur feel sprightlier than the average SUV.

It’s hooked up to a dual-clutch transmission that, although not quite as smooth as an old-fashioned torque converter, is relatively smooth around town.

It can be a bit hesitant off the mark, but once you’re up and rolling it shifts quickly and has a good idea of which gear you’ll need, and when you’ll need it.

Beware though, it’s slow to jump from drive to reverse, and is combined with a slightly vague little gear selector that doesn’t clunk from drive, through neutral, and into reverse. Three-point turns require a second glance at the screen just to be sure you’re actually in the gear you thought.

Like the related Nissan Juke, the Captur feels surprisingly lively. The steering is light and quick, and there’s plenty of grip from the Continental tyres if you get enthusiastic.

Of course, quick and light steering is also ideal for darting through gaps in traffic and sneaking into tight parking spaces. All-round visibility is good, although there’s a bit of lag from the slightly grainy camera system when you flick into reverse.

Even the ride is well sorted. There’s the occasional thud from the 18-inch alloy wheels over really sharp bumps, but otherwise the Captur floats along better than a small SUV on big alloys really should.

The only real knock on refinement is the amount of noise generated by the tyres on anything other than perfect tarmac. It’s not alone in being noisy – plenty of small SUVs get a bit uncouth on coarse-chip roads – but it’s decidedly out of keeping with the polished way the car otherwise drives.

The 2022 Renault Captur has a five-star ANCAP rating based on Euro NCAP testing conducted in 2019.

In addition to standard front, side chest-protecting and side curtain airbags, the 2022 Captur features the following safety equipment:

Blind-spot monitoring and rear cross-traffic alert are available as standard on the Zen and Intens trims and as an option package for the entry-level Life trim.

How old is the current generation and when will there be a new or updated Renault Captur?

The current, second-generation Captur has been on sale in Australia since April 2021.

For the 2022 model year, existing models received a price increase of between $1300 and $1900, depending on the variant.

The $1000 Peace of Mind package for the Captur Life brings:

The $2000 Easy Life Package for the Captur Intens brings:

What is the warranty period and kilometre limit for the Renault Captur?

The 2022 RENAULT CAPTUR has a 5 year, unlimited km warranty.

Is the Renault Captur available to buy now and what are stock levels and how long are wait times?

Just like many automakers, Renault has increased the pricing of its Captur due to significant material and shipping cost changes over the recent months.

How much luggage or cargo capacity and boot space is there in the Renault Captur?

How much fuel does the Renault Captur use and what are its emissions?

Claimed fuel economy for the Renault Captur is 6.6L/100km on the combined cycle.

All models have a 48L fuel tank and require 95 RON premium unleaded petrol.

The dimensions of the Renault Captur

Depending on the variant, the 2022 RENAULT CAPTUR measures as below.

How well has the Renault Captur been selling?

Should you buy the Captur

The last Captur was a real disappointment. This one more than makes up for it.

It ticks the boxes you’d expect a Renault to tick, with a unique look and stylish, luxurious interior relative to its strong set of rivals.

It also drives with some sophistication, thanks in no small part to the punchy engine under the bonnet.

Spec carefully, though. Adaptive cruise really should be standard on even the base model, and the digital instruments are worth having.

They undermine the value equation slightly, but they also improve what is already a classy little crossover.

The Renault Captur's most direct competitor would be the Nissan Juke as it shares its 1.3-litre turbo engine and seven-speed dual-clutch transmission.

It has a more interesting interior than the Ford Puma, but also doesn't sell as well as the Mazda CX-3, Volkswagen T-Cross and Toyota Yaris Cross.

The Captur even rivals larger small SUVs like the style-focused Toyota C-HR and also has more boot space, albeit without the hybrid powertrain option.

There's soon going to be a Mitsubishi ASX successor based on the same CMF-B platform as the Renault Captur and Nissan Juke.

This will mean each automaker in the Renault-Nissan-Mitsubishi Alliance will have an SUV built on the CMF-B architecture.

The ASX successor is going to be made at a Renault plant in Europe and sales will begin on that continent in 2023.