The transformation is complete. When the next Skoda Fabia arrives here within 12 months, the entire local line-up will use the Volkswagen Group's newer MQB architecture.

1 year ago
Previous News
Meet Australia's cheaper, cleaner hybrid battery replacements
1 year ago
Don't pay too much, find out what others have paid 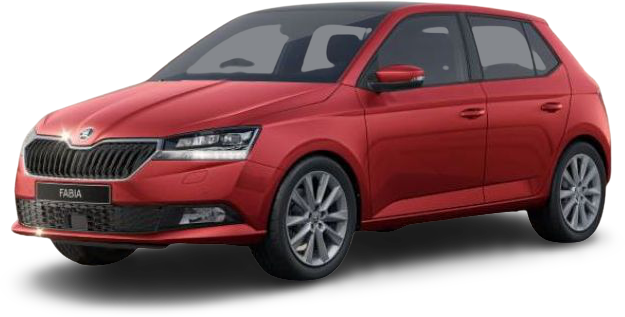 The next-generation Skoda Fabia will arrive in Australia within 12 months.

The introduction of the redesigned light car will mean the entire local Skoda line-up will use the Volkswagen Group’s newer MQB architecture.

Teased by the company on social media, the new Skoda Fabia will use the MQB-A0 platform shared by, among others, the Audi A1, Volkswagen Polo and T-Cross and Skoda Kamiq.

An official reveal is set for the northern spring this year.

Skoda says the new Fabia is larger in all dimensions than the current model.

Moving to the MQB A0 platform means the Fabia can offer the latest active safety and driver assist features, as well as the latest Volkswagen Group engines.

Expect it to offer the same turbocharged 1.0-litre three-cylinder engine, producing 85kW of power and 200Nm of torque, as you’ll find in the current Polo, T-Cross and Kamiq.

All Fabia models will come with front-wheel drive and either a manual or seven-speed dual-clutch automatic transmission. No diesel models will be offered, even in Europe.

Though only a shadowy teaser has been revealed thus far, Skoda says the roof line hints at the car’s new proportions. It’s likely the new Fabia will look a little sleeker and less upright than the current car.

The current Fabia hatch and wagon use the older PQ26 platform that underpinned the first-generation A1 and previous-generation Polo.

Skoda Australia currently advertises it as “the awarded car you’ve never heard of” and that’s born out in its sales figures.

Last year, it was the second slowest-selling light car nameplate that hadn’t been discontinued, though its 805 sales put it comfortably ahead of the Ford Fiesta (236) which is now available solely in a sporty ST model.

The Fabia was one of only three light cars, the Suzuki Baleno and Audi A1 being the others, to not experience a sales decline in a hellish 2020.

Instead, sales increased by 24.8 per cent year-to-date, though its overall tally still put it behind the next best-seller, the Honda Jazz (2692 sales).

That’s despite the Fabia being the only car in its segment to offer a wagon body style.

Get Report
Next News
2022 Volkswagen ID. Buzz spied
1 year ago