Nissan is introducing a Nismo version of the facelifted Patrol and it looks even meaner than the last one. As before, though, don't expect to see it here.

1 year ago
Previous News
2022 Mitsubishi Outlander revealed
1 year ago
Don't pay too much, find out what others have paid 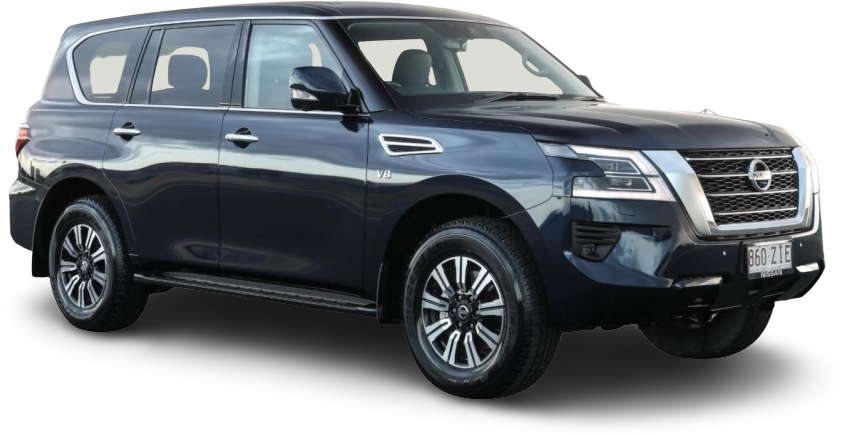 If you like the idea of a huge, V8-powered SUV but want something sportier looking, the Nissan Patrol Nismo has you covered – and it’s been spied completely uncovered.

It was being tailed by what appears to be a Ford F-150 Raptor with a camera rig, likely being used to take footage of the Nissan for commercials and promotional video.

As befitting a Nismo product, there are unique front and rear bumpers and red accents.

The wheels look similar to the 22-inch wheels on the North American-market Armada Platinum, albeit finished predominantly in black.

There are black accents on the side skirts plus black-finish fender vents but Nissan hasn’t gone for a completely blacked-out look with the Nismo, retaining the chrome window surround and chrome on either side of the grille.

The Patrol Nismo will likely be restricted to the Middle East.

Nissan revealed a Nismo version of the pre-facelift Nissan Patrol back in 2015, designed exclusively for the Middle East.

The 5.6-litre V8 engine was uprated to 319kW, or 21kW more than the standard engine, while the performance model added Nismo-tuned suspension with Bilstein shock absorbers.

It seems unlikely we’ll get the Patrol Nismo as Nissan Australia will launch its own, more aggressive Patrol flagship, the Warrior.

“It’s very positive. I don’t want to put timing on anything, but I think we’ll have more news soon.”

Nissan is also working with Premcar on a new Navara Warrior, based on the new Navara Pro-4X.

The Nissan Patrol’s arch-rival, the Toyota LandCruiser 200 Series, will reportedly get a more aggressive GR Sport model with its imminent 300 Series design.

While it isn’t confirmed whether it’ll get any extra power, the GR Sport will give Toyota a rival to the Patrol Nismo in the Middle East and the Patrol Warrior here.

Nissan currently offers Nismo versions of the 370Z and GT-R sports cars, as well as the all-electric Leaf hatchback and the March, the previous generation of Micra which continues to be sold in Japan.

For the Leaf, changes include retuned shock absorbers and power steering and a retuned engine computer for quicker acceleration.