The third-generation BMW X1 has been spied in pure electric guise, and will be one of the 25 electrified models the automaker plans to have on sale by 2023.

1 year ago
Previous News
Torque vectoring explained
1 year ago
Don't pay too much, find out what others have paid 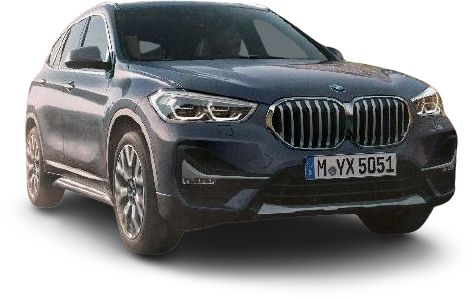 The pure electric model, which was snapped by our spy photography agency, will likely be badged as the iX1, if the company’s current naming convention is anything to go by.

Visual changes between the iX1 and versions using an internal combustion engine will likely be limited to the grille, bumpers, alloy wheel designs, and blue styling highlights.

There are plenty of false body panels in addition to the camouflage wrap, but we can see the third-generation X1 will have an all-new body.

While it will have a wider grille than today’s model, as well as lift-up door handles, we don’t expect the styling to be too controversial. Unlike the 4 Series range, the X1 is a mainstream model and needs to appeal to a wide audience.

Under the skin, the X1 will once again utilise a front- and all-wheel drive platform shared with all 1 Series and 2 Series models, except the 2 Series coupe, as well as the Mini range.

Details about the iX1’s drivetrain have yet to be confirmed, but sources have told BMW Blog the crossover will be offered with a 135kW motor driving the front wheels, and a more powerful all-wheel drive dual-motor setup with a total of around 185kW.