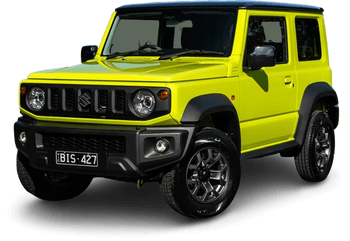 About the Suzuki Jimny

One of the most interesting cars you can buy right now in Australia, the Suzuki Jimny is the ultimate in affordable fun motoring that's also able to hold its own off-road.

For context on how cheap that is, the closest logical mud-kicker in concept is Jeep Wrangler starting from around $50,000.

A fair chunk of the Japanese-built Jimny’s cost is sunk into its Tonka tough underpinnings. Creature comforts are sparse and material choice is generally hardy and functional, as they should be with a four-wheeled companion intent on being thrust into the wild for recreational purposes. Well, make that ‘five wheeled’ of course, given the conspicuous spare hung off the rear door.

It’s pretty basic, but it does bring a host of feel-good features much in the way, say, a humble van or tradie-spec cab-chassis ute doesn’t.

Much of the real estate within its generous 2250mm wheelbase is taken up by the first-row accommodation behind the stubby bonnet and bluff windscreen.

It's the sort of car we really recommend you drive to see what the fuss is all about, be warned though, it's so popular that the wait time is at least six months. 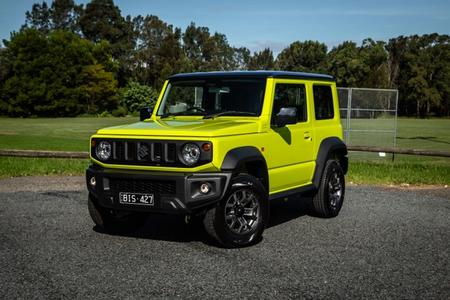 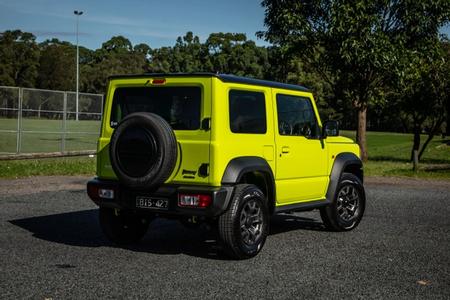