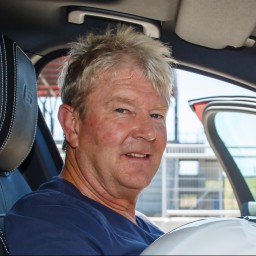 Anthony Crawford (Crawf) has been test driving and reviewing cars for 15 years as a Co-founder of CarAdvice and before that made popular car shows for the Ten television network; Behind the Wheel in 1995 and Drive TV in 2005.

They didn’t make any money but I didn’t care, it was all about my passion for cars (and bikes). He, along with CarExpert Co-founders Alborz Fallah and Paul Maric were some of the first journalists in the world to get a factory tour at Bugatti and to drive the Bugatti Veyron, then, the world’s fast car back in 2008. That put CarAdvice on the map.

After selling CarAdvice to the Nine Entertainment Network 10 years later he’s doing what he loves again with his good mates who share his love for cars. Only this time we’re changing the game again with a website that doesn’t have any ads – just car stuff.

We hope you enjoy it as much as we do.

The 2021 Toyota GR Supra is a desirable sports car that ticks most of the boxes, but it's a bit light on for sound.

The Ram 1500 Limited isn't so much a ute as it is a giant luxury family hauler that's equally as comfortable on a mud-laden work site.

Aston Martin's very survival depends of the success of the DBX, and for the most part it has delivered with its first SUV.

Bigger, quicker, and better handling than a mid-size luxury SUV, the Passat 206TSI is the perfect family-size sleeper

It might seem mad to launch another car brand here, but Cupra is different. It's got some spunk and the backing of the massive Volkswagen Group

The best-known badge in hot hatches is back for 2021. The new Golf GTI is more grown up and far more capable, but also more expensive, than before.

It's not the quickest thing out of Modena, but the Maserati Ghibli Trofeo is a proper Italian four-door GT that rewards the driver.

The new Kia Cerato GT is going to surprise you. This is a well-sorted and well-priced bit of kit, with more talent than you might expect.

The Mach 1 isn't just an engineering triumph, it's likely one of the best behind-the-wheel experiences you're going to have for under $90,000.

The current 911 Carrera S Cabriolet is so good, it makes more sense than the Coupe if you don't mind paying a premium.

It's not quite a full-blown N car, but the Sonata N Line is no slouch, whether you're launching out of the blocks, or carving up a B-road.

It's not really about saving the world, but the Maserati Ghibli Hybrid delivers a surprisingly spirited drive.