The MG3 is a light hatchback that serves as the entry point into MG Motor’s range in Australia.

Priced from $18,490 drive-away, it’s one of Australia’s cheapest new cars on sale and is similar in size to the Kia Rio and Suzuki Swift.

Like the rest of MG’s range, the MG3 is sourced from China.

Hard to fault for the asking price

Drivetrain is reasonable for urban environments

Ride can be firm on average roads

What is the price of a MG MG3?

All prices are drive-away. 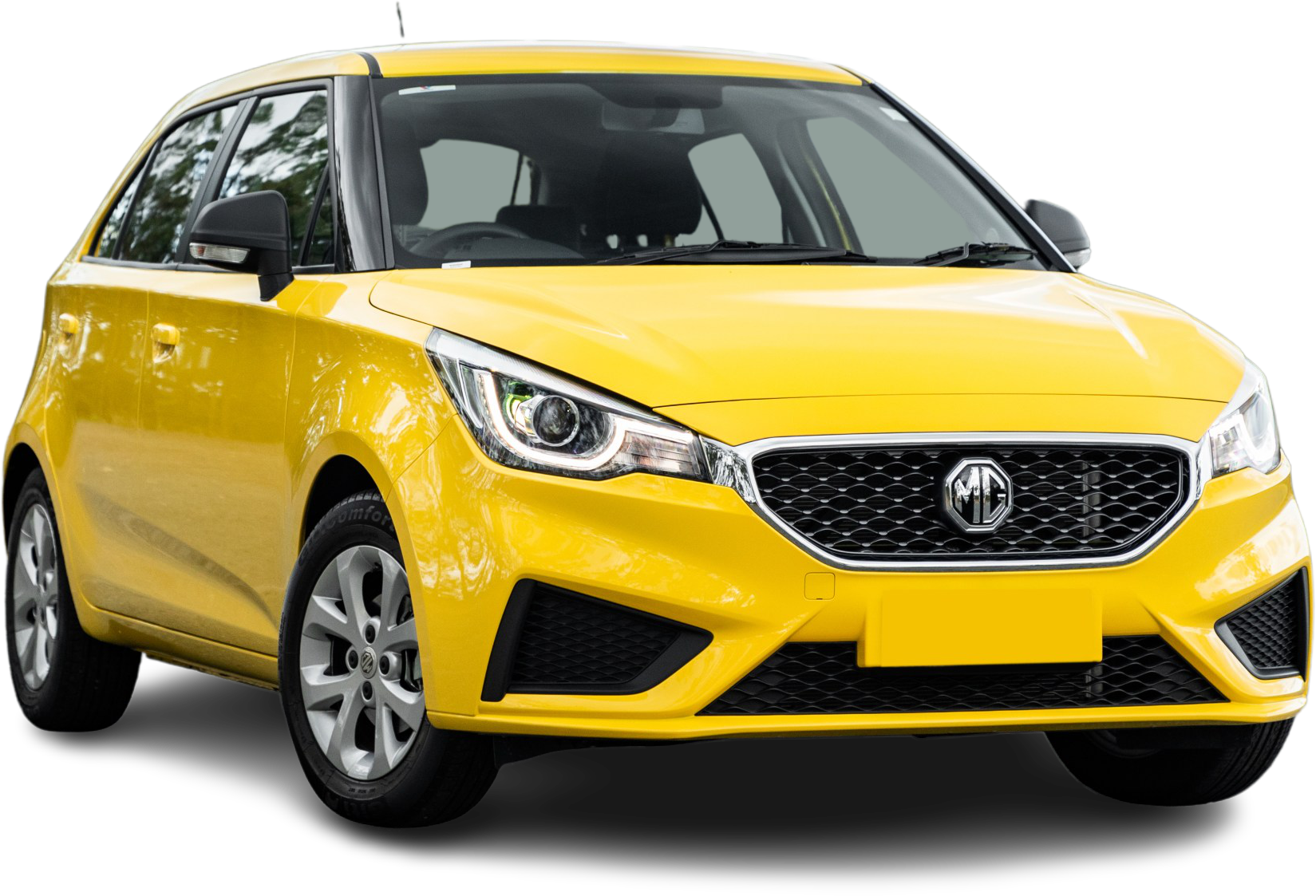 Our expert's reviews of the MG MG3 Alborz Fallah
7.1
If the MG 3 had a five-star safety rating we would have no hesitation to recommend this city car as a great cost-conscious offering, but...
18 Dec 21

All the latest MG3 news 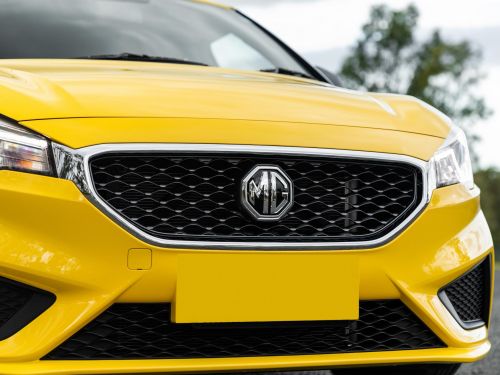 MG 3 and Suzuki Baleno, the cheap and cheerful sales stars

Mike Costello
Australians are turning their noses up at light cars compared to a decade ago, but the MG 3 and Suzuki Baleno are soldiering along nicely.
11 May 22 William Stopford
MG is set to introduce an electric hatch to rival the likes of the Mini Electric and Renault Zoe, and right-hand drive is reportedly in the plans.
11 Jan 22 The 10 cheapest cars on sale in Australia

Jack Quick
The top 10 cheapest cars currently on sale might surprise you, as the minimum asking price continues to creep up and up.
23 Oct 21 James Wong
MG's rise in popularity amongst Australian car buyers continued in February, so much so it's now a top 10 manufacturer.
03 Mar 21 VFACTS: MG knocking on the door of Top 10

James Wong
MG Motor continued its upward sales climb in January, growing by a massive 162 per cent to be within reach of Australia's Top 10 car brands.
03 Feb 21 Mike Costello
We compare all of the key specifications, prices and features of the six top-selling city cars on sale. Is the new Toyota Yaris really so expensive in context?
22 Aug 20 William Stopford
The MG 3 could get yet another facelift, extending its life in Australia.
23 Mar 20 William Stopford
MG’s entry-level model is available with only one engine, one transmission and two trim levels. Pricing kicks off at $15,990 before on-road costs.
23 Mar 20

Which variant of the MG MG3 range is best for you?

Satellite navigation is a $500 option on the MG3 Core.

Photos and Images of the MG MG3 Interior

It feels very much like an $18,490 car on the inside. Although the MG3 surprises with some modern features like its high-resolution 8.0-inch touchscreen with wired Apple CarPlay, and an actual leather-wrapped steering wheel (take note Toyota), it by no means exudes any form of luxury or premium feel.

Considering the base model Toyota Corolla has a plastic steering wheel and looks not all that much better inside (in fact, the MG3 has more soft touch plastics), it’s hard to really criticise the MG3’s interior given the price.

We would go so far as to say, the front seats are actually comfortable, and you would have no issue sitting there for extended periods of time. The four-speaker stereo is decent, as is the reversing camera.

The rear seats are also pretty decent and given the MG3 is a much larger car inside than the Mirage and Picanto, it can be a more comfortable place for those looking to utilise the rear seats more frequently.

The MG3’s quoted luggage capacity is 307L, increasing to a maximum of 1081L with the rear seats folded.

You really don’t need to pay the extra $500 for satellite navigation if you have an iPhone, given it will mirror its significantly better navigation system to the MG3’s large screen via Apple CarPlay.

Photos and Images of the MG MG3 Exterior

All models get LED daytime running lights and alloy wheels as standard, with the Core scoring 15-inch rims and the Excite getting more upmarket 16-inch wheels in machined finish.

Not much else distinguishes the two trim levels externally.

What colours are available for the MG MG3?

The following colours are available:

What is the running, servicing and ownership costs of buying a MG MG3?

The MG3 is covered by a seven-year, unlimited-kilometre warranty.

During 2021 the company introduced capped-price servicing for the MG3, with intervals quoted at 12 months/10,000km – whichever comes first.

Pricing is as follows:

Look, it’s pretty slow. You wouldn’t expect it to be a rocket ship anyway, but it really needs you to flatten the accelerator to get any kind of overtaking done on the highway. Even then, that’s not something you want to do all that often.

It will absolutely get the job done as an inner-city commuter, but if you intend to do lots of driving on highways in the country where overtaking trucks is a regular requirement, we would probably recommend something with a little more power.

The MG3 isn’t not slow enough to be painful though, and the decision to go for a four-speed automatic transmission in lieu of a CVT makes the driving experience less droney, and more engaging.

We found the transmission at times hesitant to drop down a gear to get going, but if you drive it often and get used to its character you will better understand how to extract its (limited) power.

We found the ride of the MG3 to be on the firmer side. It tends to absorb a fair bit of poorly-surfaced roads and pass that vibration and harshness through the cabin.

You do feel a lot through the seat and steering wheel. Although this is probably unnoticeable to most drivers who are jumping into perhaps their first car or coming out of an old car, it’s sub-par compared to competitors like the Picanto.

Overall, we rate the MG3’s on-road manner as decent for inner-city and urban driving where the roads are smooth and the highways are infrequent, but outside of that we suggest an alternative choice.

There is no ANCAP safety rating for the MG3. Not only that, it misses out on autonomous emergency braking (AEB), lane-keep assist, and driver attention monitoring.

Despite lack of local crash testing (which is somewhat bizarre given ANCAP’s own website simply says untested, despite the car’s popularity), there is an Euro NCAP safety rating of the pre-facelift model from 2014, which rates the car at three stars – though this rating has now ‘expired’ in 2021.

It’s important to point out that a 2014 safety rating score is very different to a 2022 score and the criteria for getting even that three-star rating is now substantially more difficult than before.

The lack of a modern safety rating is the main question mark hanging over the MG3’s head, especially compared to cars like the Kia Picanto that managed a four-star ANCAP safety rating in 2017, or the Mitsubishi Mirage and its five-star ANCAP rating from 2013.

How old is the current generation and when will there be a new or updated MG MG3?

The facelifted MG3 arrived in Australia during the late stages of 2018, though this current generation of MG3 dates back to 2011 in some markets.

It's unclear if and when SAIC Motor plans to launch a new generation, given the significant upgrades in tech and safety required to meet the latest standards could make it lose its sharp pricing.

Other than metallic paint, the only other option available for the MG3 is inbuilt satellite navigation on the entry-level Core, which costs $500.

What is the warranty period and kilometre limit for the MG MG3?

Is the MG MG3 available to buy now and what are stock levels and how long are wait times?

MG has better stock of the MG3 than most of its rivals.

The brand earlier this year welcomed its own shipload of cars Down Under, and hasn't been hit by the same supply crunch as other carmakers due to its different supply chains.

How much luggage or cargo capacity and boot space is there in the MG MG3?

The MG3’s total luggage space is 307L, increasing to 1081L with the rear seats folded.

How much fuel does the MG MG3 use and what are its emissions?

The MG3 returns a claimed combined fuel economy figure of 6.7L/100km. MG’s naturally aspirated 1.5-litre engine can use 91RON fuel, but given Australia’s notoriously poor fuel quality, 95RON would be a better bet.

The dimensions of the MG MG3

The MG3 goes head-to-head with the Kia Picanto and Mitsubishi Mirage, chasing buyers after a small car on a budget.

How well has the MG MG3 been selling?

Should you buy the MG3

In the current market of high used car prices, never before has an MG3 made more sense for so many first-car buyers on a tight budget.

With a seven-year warranty, decent infotainment technology, and reasonable servicing costs, the MG3 is popular for a reason.

If the car had a five-star safety rating we would have no hesitation to recommend the city car as a great cost-conscious offering.

But as it stands, it really comes down to what a safety rating means to you, and whether you’re amenable to the idea of buying a five, six, or seven year-old used car without warranty with an older ANCAP rating, or if you’d prefer a modern car with warranty that lacks that surety.

The MG3 is classed as a Light Passenger vehicle according to VFACTS, meaning it competes with the likes of the Kia Rio, Mazda 2, Skoda Fabia, Suzuki Swift, Toyota Yaris and Volkswagen Polo in terms of size.

However, its sub-$20,000 positioning means it undercuts said rivals by some margin, instead competing in a price bracket with smaller Micro Passenger vehicles such as the Kia Picanto and Mitsubishi Mirage.

The MG3’s front three-quarter window cut-outs are a stylistic nod to the first-ever four-door MG built in 1924 – a four-door saloon built on a Morris Oxford chassis.