There might be an all-electric Macan around the corner, but the current petrol-powered Porsche SUV has been given an update to keep it fresh.

11 months ago
Previous News
Cupra continues building Australian launch team
11 months ago
Don't pay too much, find out what others have paid 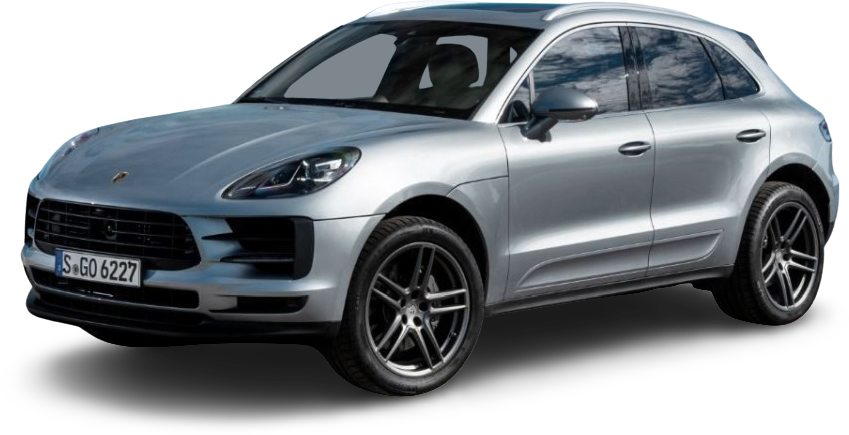 There’s an all-electric Porsche Macan coming, but the internal combustion engine-powered model has been given a new lease on life in its twilight years.

It’s received a series of mechanical and aesthetic updates, as well as a reshuffling of the range and specifications.

It’s priced from $91,500 excluding on-road costs and Australian deliveries are expected to commence in mid-2022.

The updated Macan is available to order now, and will arrive in Australia in the fourth quarter of 2021.

The range comprises base, T, S and GTS variants, with the Turbo variant gone.

The base Macan uses a new turbocharged four-cylinder engine with 195kW of power. With the optional Sport Chrono package, it has a 0-100km/h time of 6.2 seconds, or 0.3 seconds quicker than the previous 185kW base model.

The Macan S is now equipped with a version of the 2.9-litre twin-turbo V6 from the GTS, producing 280kW of power.

Opting for the Sport Chrono package gives the S a 4.6-second sprint to 100km/h.

The GTS’ twin-turbocharged 2.9-litre V6 engine now produces 44kW more power for a total of 324kW, the same as the outgoing Turbo.

With the now-standard Sport Chrono package, it does the 0-100km/h sprint in 4.3 seconds.

The Macan range has received some chassis tweaks aimed at giving it a better ride/handling balance and superior steering feedback.

The Porsche Active Suspension Management (PASM) system, standard on the T, S and GTS and optional on the base model, has also received some tweaks.

The GTS picks up standard sport air suspension, which lowers the body by 10mm. Porsche says it’s 10 per cent more rigid on the front axle and 15 per cent firmer on the rear axle.

The range-topper is also available with an optional GTS Sport package, which adds 21-inch ‘GT design’ wheels with performance tyres, as well as Porsche Torque Vectoring Plus.

There’s a restyled front fascia, with the centre finished in black on the GTS, while the rear has a restyled diffuser.

New colours include Papaya Metallic and Gentian Blue Metallic. Python Green is available on the Macan GTS, but only when you add the GTS Sport package.

Inside, touch-capacitive controls have taken over. There’s still a nod to the past, though, in the form of a standard analogue clock.

There’s a shorter gear shifter located on the centre console, while the Macan borrows the new multi-function and GT Sport steering wheels from the 911.

Porsche says the Macan is particularly important as 80 per cent of all Macan buyers are new to the brand. It also has the highest percentage of female buyers, a number that has continued to rise.

The upcoming electric Macan will share the Audi and Porsche co-developed Premium Platform Electric (PPE) with the upcoming Audi Q6 E-Tron. It’s set for launch in 2022.

The entry-level 2022 Porsche Macan and Macan T are powered by a turbocharged four-cylinder engine with 195kW of power and 400Nm of torque.

All 2022 Macan models are mated to a seven-speed PDK dual-clutch transmission that sends power through an all-wheel drive system.

Claimed combined fuel economy figures for the 2022 Porsche Macan range are as follows:

Porsche Australia hasn’t revealed the dimensions of the Macan T yet but it receives a 15mm lower suspension over the regular Macan.

Boot space with the rear seats up for the entry-level Macan is 488L and 453L for the Macan S and GTS.

The Porsche Macan is backed by a three-year, unlimited-kilometre warranty.

The Porsche Macan doesn’t have a rating from ANCAP, though it has an older, five-star rating from Euro NCAP based on testing conducted in 2014. This took place before ANCAP harmonised its ratings with Euro NCAP.

All models come standard with the following safety equipment:

The Macan comes standard with the following equipment:

The GTS is available with a GTS Sport package which includes: