The self-charging hybrid version of the Kia Sorento will arrive early next year in top-spec GT-Line trim, with both FWD and AWD options.

8 months ago
Previous News
General Motors plans to double revenue, introduce cheaper EVs
8 months ago
Don't pay too much, find out what others have paid 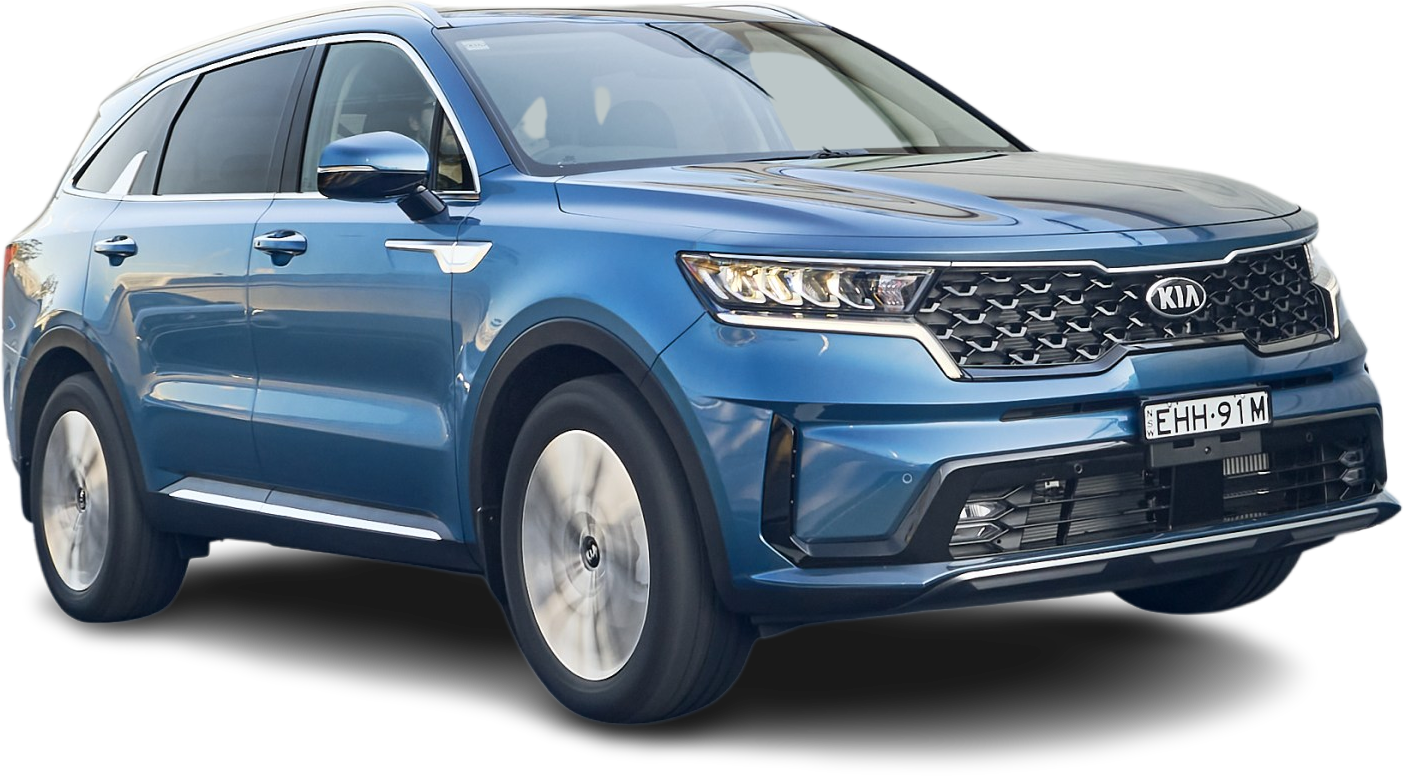 Kia Australia is looking to launch two additional electrified variants of its flagship Sorento SUV in the new year, though supply constraints could see the top-spec GT-Line specification as the sole offering at launch.

“[There’s a] huge amount of demand in the European region for CO2 regulations,” Rivero said of electrified Sorento models.

“When the hybrid does come along, expect that to be only on a top trim level, simply because the supply levels are relatively tight for the moment and will be for probably at least another quarter or two.”

Mr Rivero also indicated the Sorento Hybrid will undercut the PHEV’s $81,990 drive-away price, meaning it should be notably more affordable than the Toyota Kluger Grande AWD Hybrid ($75,400 list/$82,105 DA in VIC). By how much though, is still to be confirmed.

“Rest assured, the hybrid variant will come in below the plug-in hybrid and that’ll be offered in front-wheel drive and all-wheel drive,” Mr Rivero said.

Having front- and all-wheel drive options will be another key differentiator from the AWD-only Kluger Hybrid, likely allowing for more stock to head Down Under.

With the launch of the Sorento GT-Line PHEV this month, the top-grade Sorento is now available in three engine variants ranging from $64,290 to $81,990 drive-away.

Retail pricing in the UK sees the Sorento Hybrid AWD command a £4500 ($8408) premium over the equivalent Diesel AWD, which could mean a $5000-7500 difference in all-paw spec locally, with the front-driven version splitting the two.

Using that as a guide, the Sorento GT-Line Hybrid FWD should sit around $70,000 drive-away, with the AWD version around $75,000 on the road.

Hyundai Australia is also due to launch the related Santa Fe Hybrid AWD early in 2022, though whether the electrified drivetrain will be limited to flagship specification or available more widely is still to be confirmed.

Power in the Kia Sorento Hybrid comes from a 1.6-litre turbocharged four-cylinder petrol engine teamed with a six-speed automatic, as well as a 44kW/264Nm electric motor and 1.49kWh lithium-ion polymer battery.

System outputs are rated at 169kW and 350Nm, which is a little down on power compared to the PHEV’s 195kW combined power output. Further, the Toyota Kluger Hybrid offers 184kW.

The Kia Sorento will be the only vehicle on sale in Australia with petrol, diesel, hybrid and plug-in hybrid options once the hybrids arrive early next year.

While the electrified versions will be reserved to GT-Line spec at launch, Mr Rivero noted a possible expansion pending better supply.

“Until we get better visibility on the level of supply, if it does free up then maybe we can explore additional variants below the GT-Line,” he said.

“But for now, we’re only looking at GT-Line variants across the board.”

Let us know your thoughts in the comments!

news
How Chery plans to stand out in Australia
2 days ago
news
This week in car news: June 27- July 1, 2022
23 hours ago
news
2022 Kia Sorento price and specs
2 months ago
news
2023 Kia Seltos facelift revealed, here this year
3 days ago