Audi has finally given its flagship Q8 plug-in hybrid power, announcing the 55 TFSI e and 60 TFSI e with up to 340kW and nearly 50km of electric range.

1 year ago
Previous News
2021 Jeep Gladiator gets three-star ANCAP rating
1 year ago
Don't pay too much, find out what others have paid 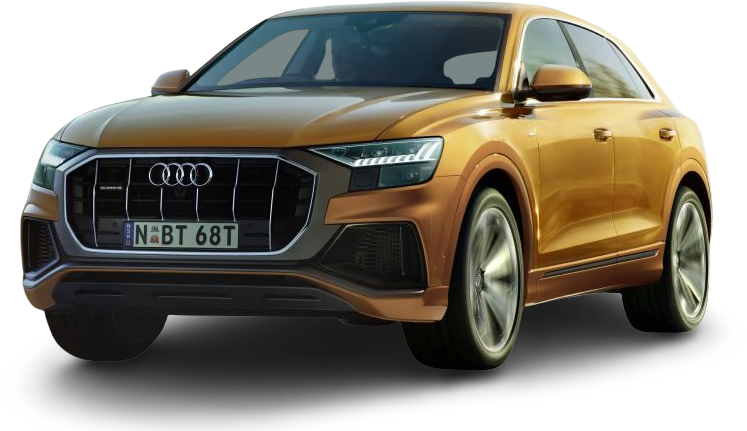 The Audi Q8 is the latest model in the German marque’s range to receive plug-in hybrid power globally – but don’t expect it in Australia anytime soon.

Overnight the 2021 Audi Q8 55 TFSI e and 60 TFSI e were announced, rounding out the flagship SUV’s line-up with a V6 petrol-electric plug-in hybrid drivetrain in two states of tune.

CarExpert has contacted Audi Australia for further comments, though the company’s local arm has recently gone on record to say it’s focusing on its all-electric E-Tron models Down Under for the time being.

Like the related Q7 55 TFSI e and 60 TFSI e, the Q8 PHEVs combine a 250kW/450Nm 3.0-litre turbocharged V6 with an electric motor and lithium-ion battery pack, allowing for a claimed electric driving range of up to 47 kilometres on the WLTP test cycle.

Regardless of power outputs, the Q8 TFSI e boasts a 17.8kWh liquid-cooled battery under the boot floor – 0.5kWh more than the Q7 TFSI e.

Overall the look and feel of the Audi Q8 TFSI e models are pretty much identical to the standard range, though the hybrids pack in a couple of bespoke features.

Several modes are available – Auto, Charge, Hold and EV – tailoring the drivetrain to either shuffle between petrol and electric power on its own, charge the battery, save battery charge, or drive solely on electric power.

The Q8’s navigation data can be used for predictive measures, ensuring the drivetrain is optimised for a set journey by prioritising e-power for traffic jams or in the city.

On the move the Q8 TFSI e can recuperate up to 25kW of energy via coasting, and up to 80kW under brakes.

In terms of charging, the Q8 plug-in hybrids quote a maximum capacity of 7.4kW, with an empty battery capable of being fully charged in 2.5 hours.

Like other Audi plug-in hybrids, the Q8 TFSI e models get special specific readouts on the virtual cockpit and MMI displays, along with additional information like battery and range status on the myAudi smartphone app.

Do you want to see the Audi Q8 TFSI e models in Australia? Let us know in the comments below.