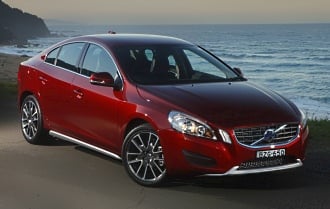 The S60 has received a 5 star rating from ANCAP. The VIN number can be found on the Centre Top Scuttle and the compliance plate is located on the Lower Left Firewall. An example VIN number would be similar to YV1FS9056B1234567.

There are no current reviews of this variant. Click here to see reviews for other variants of the Volvo S60