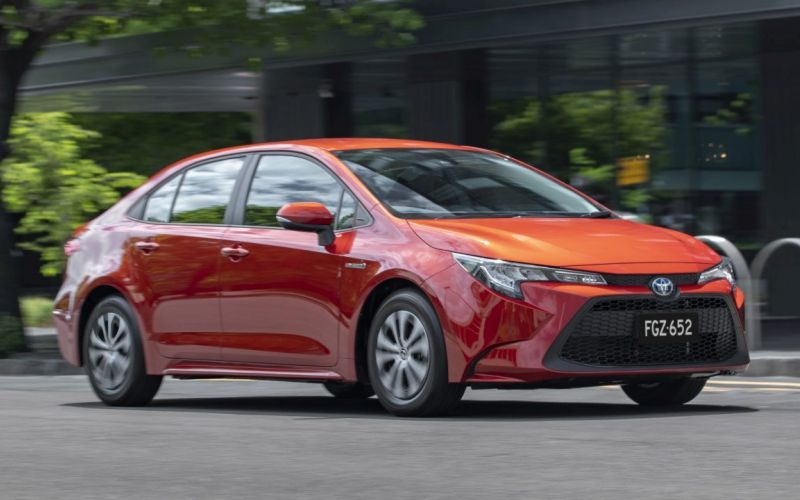 The 2021 Toyota Corolla ASCENT SPORT HYBRID is a front-wheel drive four-door sedan that was released to the Australian market on 01/07/2021 classified as a ZWE211R. The Corolla is regarded as a small up to 40k built in Japan with prices from a dealer as a used car starting at $26,400.

The Corolla is a front-wheel drive 4 door with 5 seats, powered by a 1.8L INLINE 4 engine that has 72 kW of power (at 5200 rpm) and 142 Nm of torque (at 3600 rpm) via a Continuous Variable. TOYOTA claims the Corolla ASCENT SPORT HYBRID uses 3.5L/100km of Unleaded Petrol-Electric Hybrid in the combined city and highway cycle while putting out 81g of CO2. It has a 43L fuel tank, meaning it should be able to travel 1229km per full tank.