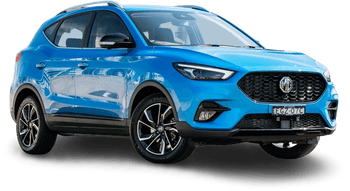 About the MG ZST

If you're new to the car market and have not been keeping tabs, you might be surprised to know that the once-British, now Chinese-owned manufacturer, MG, is one of the fastest growing brands in the country, constantly sitting in the top 10 for sales. That's very much a result of producing great vehicles at very reasonable prices with fantastic warranty periods. A trio combination that has proved very popular with Australian car buyers.

The MG ZS T offers more power and more safety equipment than the standard ZS and serves as a rival to small SUVs like the Kia Seltos and Mitsubishi ASX.

The MG ZS T variant we have at the experience centre is the Essence, priced at $32,490 drive-away.

The ZST packs a 1.3-litre turbocharged three-cylinder petrol engine with 115kW of power and 230Nm of torque, sent to the front wheels through a six-speed torque-converter automatic transmission sourced from Aisin.

The Essence in our experience centre adds a huge panoramic sunroof and a digital instrument cluster, as well as heated front seats and power adjustment for the driver’s seat. Unfortunately, DAB radio isn’t available.

Nonetheless, the ANCAP safety rating is four stars, based on testing conducted in 2017.

The ZS (not the ZST seen here) was the MG that was tested and it received ratings of Good and Acceptable for whiplash and pedestrian protection respectively, plus a frontal offset score of 10.46 out of 16.

In addition to its suite of active safety technology, the ZST also features front, front-side and curtain airbags for a total of six.

The autonomous emergency braking works at speeds of between 4 and 85km/h for stationary vehicles, 4 and 150km/h for moving vehicles, and 4 and 64km/h for pedestrians.

The ZST is covered by a seven-year, unlimited-kilometre warranty with seven years of roadside assist. 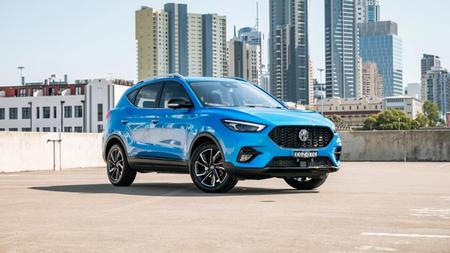 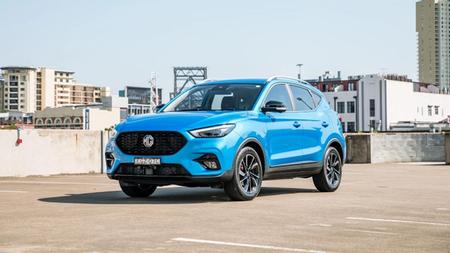