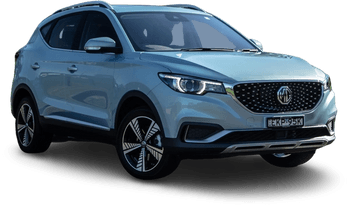 About the MG ZS EV

Electric vehicles are going mainstream and brands like MG are bringing them to the masses. “Electric for Everyone” is MG’s catchphrase for its new foray into fully electrified motoring.

At roughly $44,000 drive-away it's by no means cheap compared to conventional car but – along with the Nissan Leaf – are the two most affordable electric vehicles you can buy in Australia, which is why they are here at the Experience Centre and ready for you to drive.

If you have never driven an electric vehicle, now is your change to get behind the wheel and find out what it's like.

Projected supply of MG's electric vehicle to Australia is capped at around 3000 vehicles to the end of 2021 if things go to plan.

Outside, the ZS EV gets automatic halogen projector headlights and halogen tail lights (the daytime-running lights are LED) as well as 17-inch wheels with Michelin tyres, a standard panoramic glass roof, rear parking sensors, and power-folding electric side mirrors.

The boot is moderately wide but very deep with its dual-level floor panel set to the lowest position. Its quoted 357 litres is hardly segment-busting but in practice it’s a useable space large enough for two suitcases should you dare test its maximum range for longer trips, and the 60:40 split-fold rear drops to liberate 1166 litres.

The MG ZS has decent credentials compared with some electric headline-grabbers. The single e-motor drives the front wheels exclusively, producing 105kW and a fairly strong 353Nm.

At 44.5kWh the battery is a small one, and its WLTP-rated range of 263 kilometres on a full charge won’t give Tesla’s engineers cause for alarm. MG publicly advertises the “city” range can be as much as 371 kilometres in a best-case scenario.

But on paper, at least, it offers ample performance and range for regular daily use in an urban environment.

Recharging? There are CCS and Type 2 ports mounted in a panel behind the grille at the front of the vehicle. Using a 50kW DC rapid charger the battery will get to 80 per cent in 45 minutes. Using a 7kW AC domestic charger, a full charge takes around seven hours.

It’s also quite a lightweight piece of engineering. The motor and driveline assembly is set low in the engine bay, the 44.5kWh water-cooled lithium-ion battery lies flat between the axles under the floor, and there’s just a 50kg penalty to the weigh-bridge ticket over the petrol ZS, with much of the assembly offering a low centre of gravity that should return some dynamic dividend on-road.

MG offers five years of unlimited-kilometre warranty on the vehicle. The battery pack has eight years and 160,000km of warranty coverage.

For more information, check out our MG ZS EV review. 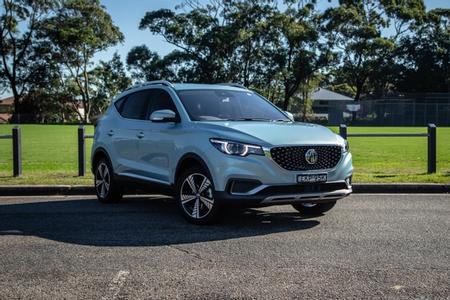 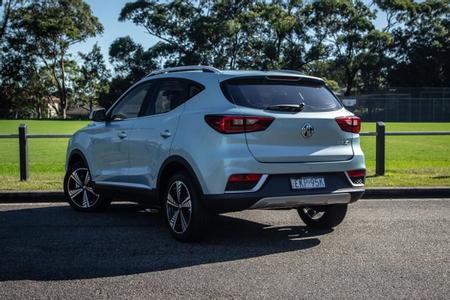 71%
detection
Frequently Asked Questions
In which country is the MG ZS EV built?
The MG ZS EV is built in China and is then shipped to Australia.
What are the service intervals of the MG ZS EV?
Servicing intervals are 12 months or a short 10,000km, whichever comes first
What is the warranty for the MG ZS EV?
MG offers five years of unlimited-kilometre warranty on the vehicle. The battery pack has eight years and 160,000km of warranty coverage.
Other Cars in the Electric Collection
Nissan Leaf
Price
$49,990
Range
270km
ANCAP
5/5
Segment
Electric Vehicle
Power
110kW
Torque
320Nm
Read moreTest Drive
Back to top